Many drugs on the market today are formulated with active pharmaceutical ingredients in the form of salts rather than free acids or bases. As a general proposition, salts are easier to handle and manufacture and may present advantageous solubility or bioavailability characteristics. Their value, therefore, should not be underestimated. Indeed, generations of life science patent practitioners have drafted patents claiming pharmaceutically acceptable salts of active compounds.

Pfizer v. Apotex, 480 F.3d 1348 (Fed. Cir. 2007), challenged this practice. Pfizer asserted claims 1-3 of U.S. Patent Number 4,879,303 against Apotex with claim 1 limited to "[t]he besylate salt of amlodipine." At trial, Apotex argued that the claims were invalid, but the district court disagreed and held for Pfizer.  On appeal, the Federal Circuit reversed, finding the ‘303 patent invalid for obviousness.

Amlodipine, the active ingredient in Norvasc®, was claimed in earlier U.S. Patent No. 4,572,909 along with several salts, but not besylate, with “maleates” being the preferred salts.[1] Pfizer scientists discovered, however, that the maleate salt was unstable and tablets made with the salt were too sticky for manufacturing.  A small salt screen was performed resulting in the besylate salt.  It was found to have superior properties and was chosen for further development.  A patent application ensued directed to the besylate salt which later matured into the '303 patent.

Ultimately, however, the Federal Circuit, invalidated the ‘303 patent as obvious concluding:

[T]he prior art provided not only the means of creating acid addition salts but also predicted the results, which Pfizer merely had to verify through routine testing . . . . The evidence shows that, upon making a new acid addition salt, it was routine in the art to verify the expected physicochemical characteristics of each salt, including solubility, pH, stability, hygroscopicity, and stickiness, and Pfizer's scientists used standard techniques to do so. These type of experiments used by Pfizer's scientists to verify the physicochemical characteristics of each salt are not equivalent to the trial and error procedures often employed to discover a new compound where the prior art gave no motivation or suggestion to make the new compound nor a reasonable expectation of success. (citation omitted) (emphasis in last sentence added)[2]

Whereas claim 1 of the '303 patent generically claims the besylate salt — it encompasses the besylate salt as a solid, solution, or even a gas (if possible) — a more narrowly crafted claim may avoid obviousness. It is well known, for example, that acid and bases form salts in solution and that predicting the formation of such salts in solution may be based on the relative pKas of the reactants. What is not predictable, however, is the structure and properties of crystalline salts or whether crystalline salts may be made for a particular acid-base pair. A claim to a particular crystalline salt or a crystalline salt having certain solid-state analytical parameters such as x-ray powder peaks or Raman peaks, would incorporate substantial unpredictability. Thus, the fact that a generic maleate salt of compound X is in the prior art provides no motivation or suggestion as to the structure or properties of a crystalline maleate salt let alone a crystalline besylate salt nor does it provide for a reasonable expectation of success that such crystalline salts could be made or even exist.

Shortly after Pfizer, the district court in Sanofi v. Apotex[3] found a crystalline salt of clopidogrel non-obvious.  Apotex had argued that a generic racemic clopidogrel salt, having a single chiral carbon, rendered the key enantiomer obvious in a later-filed patent.  Although much of the decision had to do with the obviousness of enantiomeric salts, the issue of the predictability of crystalline salts was also raised.  The court made the following ruling:

Board decisions further support a crystalline salt claiming approach. For example, in Ex Parte Pfrengle[5], the Examiner issued an obviousness-type double patenting rejection based on generic salt claims. Claims 1, 8 and 9 of the application, shown below, are representative of the rejected claims.

On appeal, the Board affirmed the Examiner on claim 1, which is not limited to solid-state salts, because the Applicants had not shown the claimed hydrochloride salts to have any unexpected properties. Note that claim 1 is not limited to the solid state. However, both narrower solid-state claims 8 and 9 were held to be nonobvious by the Board.

By considering a traditional salt claim as a genus, and the species as a polymorph-style claim, it may be possible to build extra layers of protection and back-up claims to counter the continuing ramifications of Pfizer.  This dual approach has been employed in marketed products.  For example, with Farydak®, there are three Orange Book listed drug substance patents.[6]  One of those, U.S. Patent Number 6,833,384, is directed to specific compounds "or a pharmaceutically acceptable salt thereof."[7]  Under the proposed rubric, such a claim is a genus salt claim. According to the Orange Book, the '384 Patent is set to expire on September 30, 2021.[8]  A later-filed patent, U.S. Patent No. 7,989,494, is a polymorph patent claiming various crystalline lactate salts, one of which is presumably the active ingredient of Farydak®.[9] This patent contains a salt species claim and is set to expire on January 17, 2028,[10] over six years after the ‘384 patent.[11] Such a substantial increase in drug-substance patent protection is reason enough to consider this approach.  While not a panacea, the science and law of pharmaceutical salts make the genus-species approach a viable method for protecting valuable pharmaceutical salts in the right circumstances.

[7] E.g., Col. 141, line 63. No attempt was made to verify chemical structure nor were any claims evaluated for structure. All compound information is assumed correct based solely on the listing in the Orange Book.

[11] A Patent Term Extension application is currently on file.

About this post: This post is the second in a series of posts by Eyal Barash of BarashLaw LLC on solid form patents. 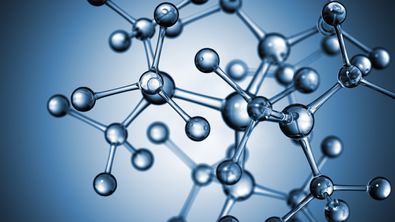